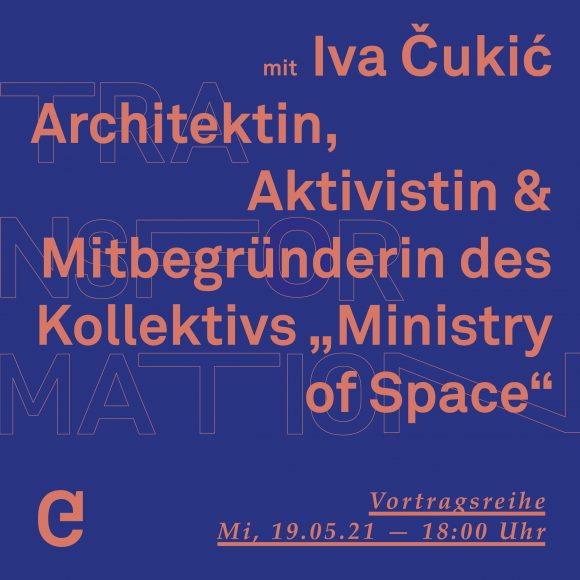 Since the cities became sites of neoliberal exploitation, the urban space became the space of struggles, social actions and mobilisations focused on discourse of commons as articulated demands for radically different production relations, (re)new(ed) democratic institutions and models of social organization. In this respect, the presentation will give an overview of the current practices of urban commoning in Belgrade through the work of the Ministry of Space collective, emphasizing civic engagement, democratic governance and impact on the production of urban space.

Iva graduated from the Faculty of Architecture in Belgrade where she earned her doctoral degree in urban planning. The areas of her research include urban commons, new models of governance, urban transformation and self-organisation, which she pursues through intersecting academic and activist perspectives. She is co-founder and a member of the collective Ministry of Space formed in 2011, with the aim to pursue spatial justice. She was one of the founders of Don’t let Belgrade D(r)own movement and she was taking part in its activities until the end of 2017. She is also an active member of Socio-cultural centre Magacin, a self-managed common space in Belgrade that operates outside the mainstream public and commercial sector, accommodates diverse communities and holds great social and cultural value in the city. Currently, she is engaged as a consultant at the Department for Urban planning at the Faculty of Architecture University of Belgrade.